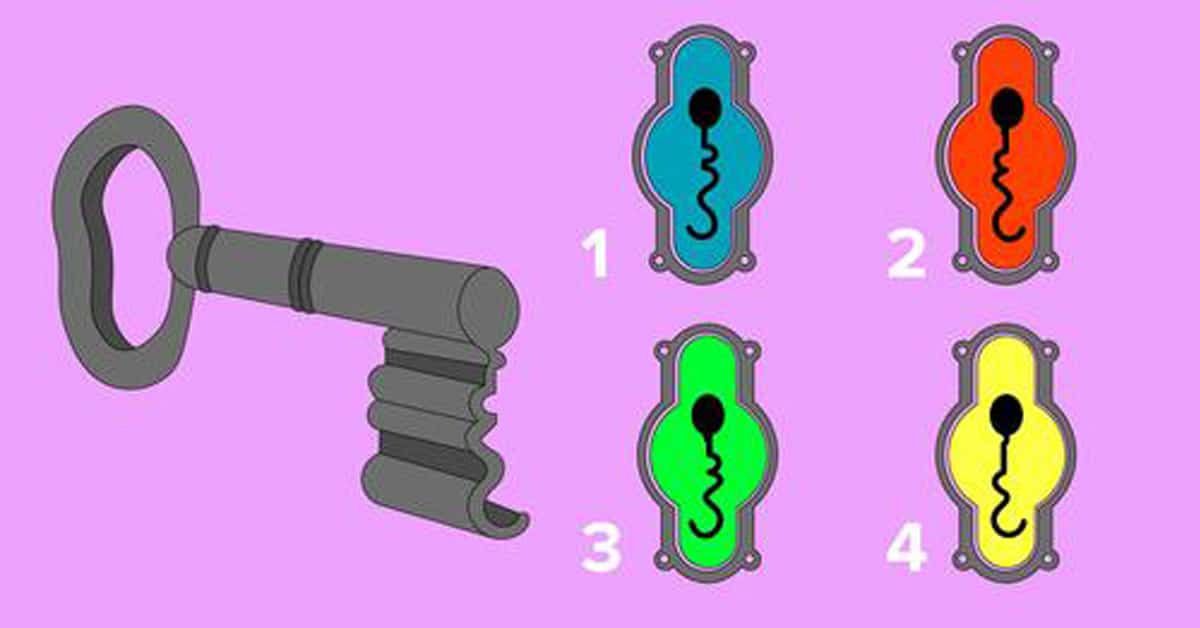 
One of the keyholes is the perfect fit for the key – but only one.

Answer: To get the right keyhole, imagine to turn the key towards the hole.