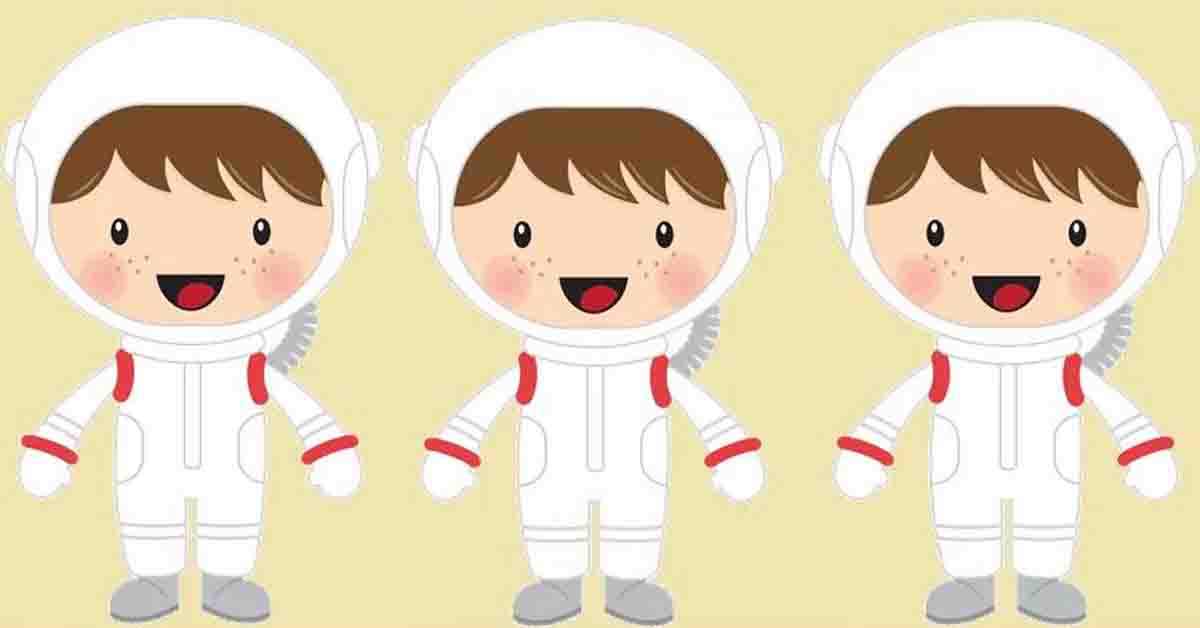 
Find the space girl who is different from the others.