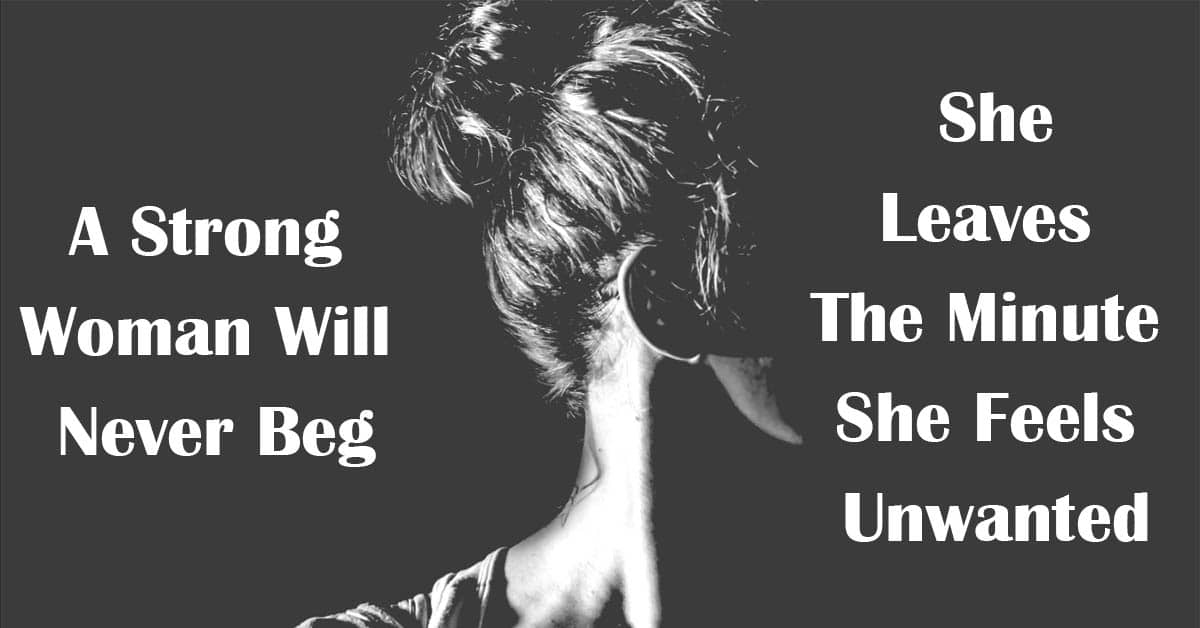 “A strong woman keeps going on like she has never been hurt, despite having been.”

“A strong woman is self-aware. She continually tries to overcome her fears, she knows how to control herself, and she is patient no matter the situation. She isn’t afraid to reveal her feelings because we all have them, and she shows hers without caring what other people think.”

3. She is independent, but knows when to ask for help.

“Being a strong woman doesn’t mean you can’t ask for help. Hell, being a strong man doesn’t mean you can’t ask for help. Part of me thinks that women feel they have to overcompensate because so many peg them as these fragile, helpless creatures, when many of the women I know are stronger (be it mentally, emotionally, or physically) than many of the men I know.

4. She follows her own path.

“A strong woman is someone who follows her own dreams rather than a man.”

“A strong woman is a woman who fights for rights she shouldn’t have to fight for.”

7. She is grounded in her faith.

“A strong woman believes in whatever she believes in, and lets that faith guide her every step.”

8. She isn’t afraid to be true to her feelings.

“A strong woman is someone who isn’t afraid to share her opinions and speak her truth. She listens, but she doesn’t allow others problems to bring her down.

She is filled with kindness, generosity, compassion, integrity, a willingness to be vulnerable, and authenticity. No matter what she is true to herself.”

“A strong woman doesn’t let the cattiness of other women bring her down. She has the utmost respect for herself and what she believes in.”

“A strong woman loves inherently, from the time she is a little girl to the day she passes. She is always willing to take care of others. She loves. And never stops loving.”