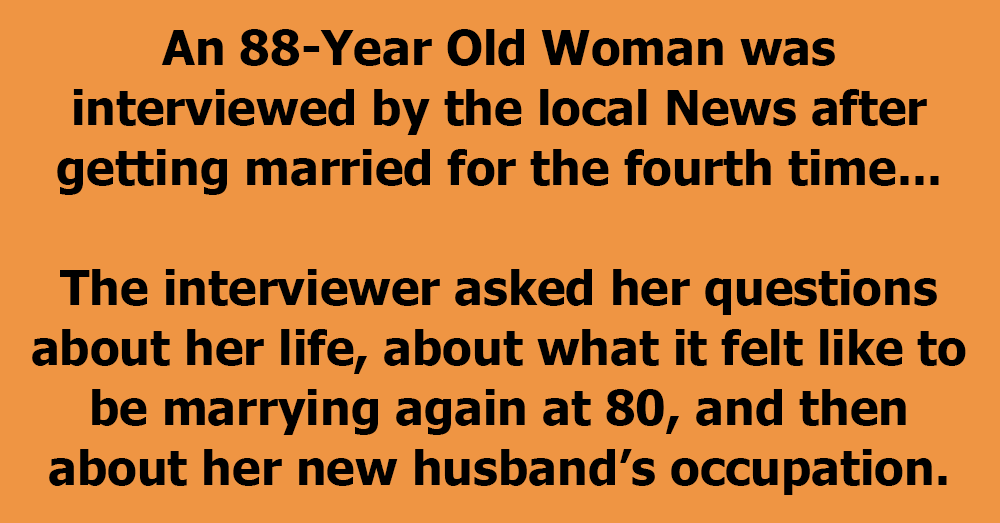 The interviewer asked her questions about her life, about what it felt like to be marrying again at 80, and then about her new husband’s occupation.

“He’s a funeral director,” she answered.

“Interesting,” the newsman thought. He then asked her if she wouldn’t mind telling him a little about her first three husbands and what they did for a living.

She told him she’d first married a banker when she was in her early 20s, then a circus ringmaster in her 40s, later on a preacher in her 60s, and now in her 80s, a funeral director.

The interviewer looked at her, quite astonished, and asked why she had married four men with such diverse careers.

She smiled and explained, “I married one for the money, two for the show, three to get ready, and four to go.”