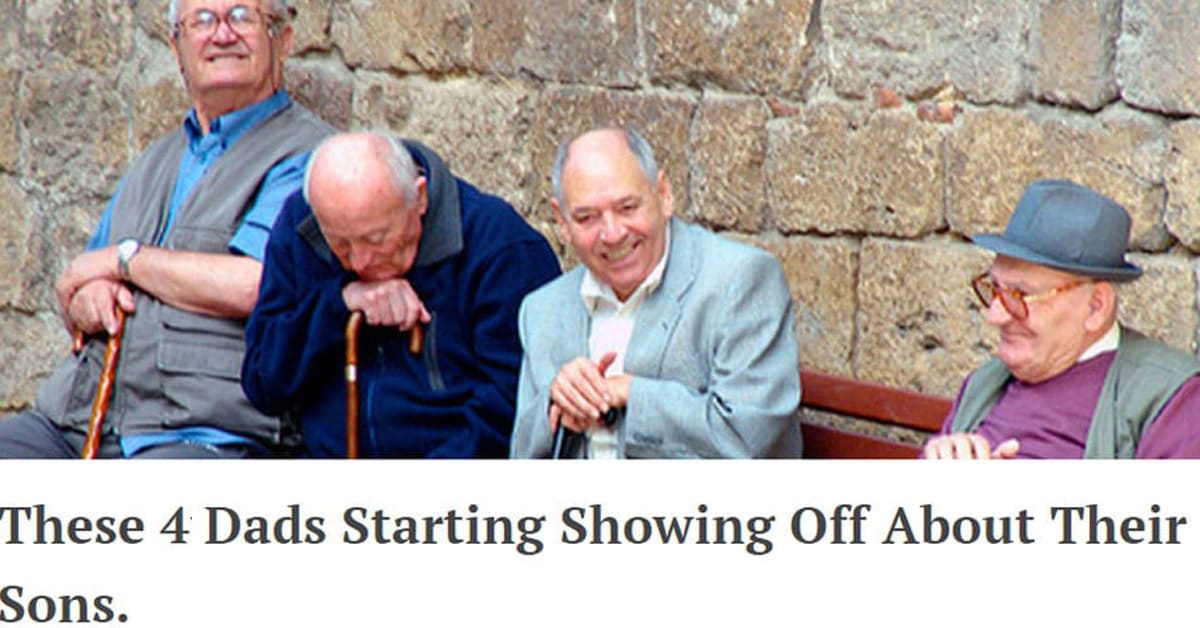 Four friends, who hadn’t seen each other in 30 years, reunited at a Party. After several drinks, one of the men had to use the rest room. Those who remained talked about their kids.

The first guy said, ‘My son is my pride and joy. He started working at a successful company at the bottom of the barrel. He studied Economics

And Business Administration and soon began to climb the corporate ladder and now he’s the president of the company. He became so rich that he gave his best friend a top of the line Mercedes for his birthday.‘

The second guy said, ‘Darn, that’s terrific! My son is also my pride and joy. He started working for a big airline, then went to flight school to become a pilot. Eventually he became a partner in the company, where he owns the majority of its assets. He’s so rich that he gave his best friend a brand new jet for his birthday.’

The third man said: ‘Well, that’s terrific! My son studied in the best universities and became an engineer. Then he started his own construction company and is now a multimillionaire. He also gave away something very nice and expensive to his best friend for his birthday: A 30,000 square foot mansion.‘

The three friends congratulated each other just as the fourth returned from the restroom and asked: ‘What are all the congratulations for?’

One of the three said: ‘We were talking about the pride we feel for the successes of our sons. …What about your son?‘

The fourth man replied: ‘My son is gay and makes a living dancing as a stripper at a nightclub.‘

The three friends said: ‘What a shame… What a disappointment. ‘

The fourth man replied: ‘No, I’m not ashamed. He’s my son and I love him. And he hasn’t done too bad either. His birthday was two weeks ago, and he received a beautiful 30,000 square foot mansion, a brand new jet and a top of the line Mercedes from his three boyfriends.‘

Three men sat around a table in a bar and talked about their wives.

The first man says, “I think my wife is having an affair with an electrician. When I got home last night I found a pair of pliers and some insulating tape behind the radiator in the bedroom – we’ve not had any work done on the house, and I can’t think of any other way they could have got there”.

The second man says, “I think my wife is having an affair with a carpenter. Last night I found a tool belt in the laundry basket, and we’ve not had any renovations to the house in years…”

The third man says, “I’m in the same boat, but I don’t think you two have it as bad as I do… My wife is having an affair with… (stops for dramatic effect) a horse!”

The two other man both look at him with a confused look and demand an explanation. Has he gone insane?! Has she?! What the heck was he talking about?

The third man lies back and says: “It’s very simple, boys, when I got home last night, I found a jockey hidden in the wardrobe.”