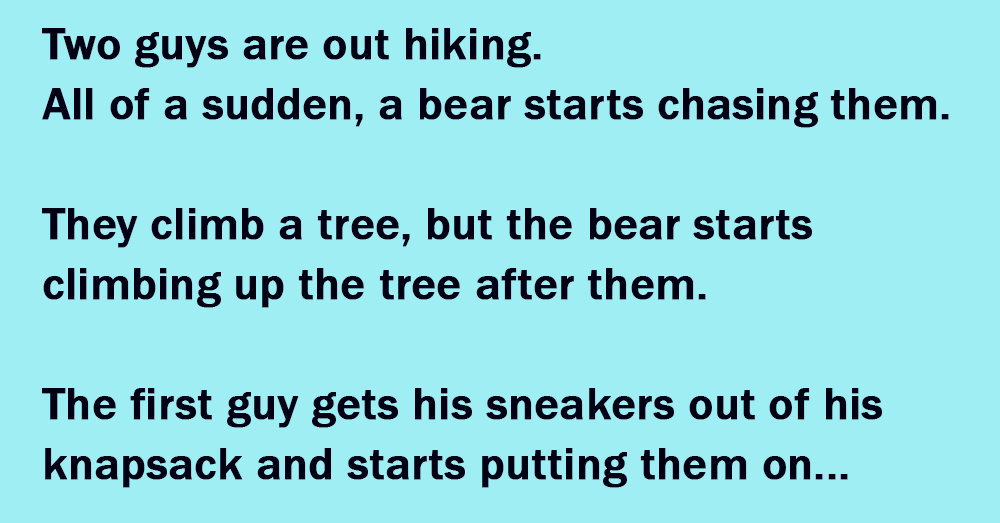 Two guys are out hiking.

All of a sudden, a bear starts chasing them.

They climb a tree, but the bear starts climbing up the tree after them.

The first guy gets his sneakers out of his knapsack and starts putting them on.

The second guy says, “What are you doing?”

He says, “I figure when the bear gets close to us, we’ll jump down and make a run for it.”

The second guy says, “Are you crazy? You can’t outrun a bear.”