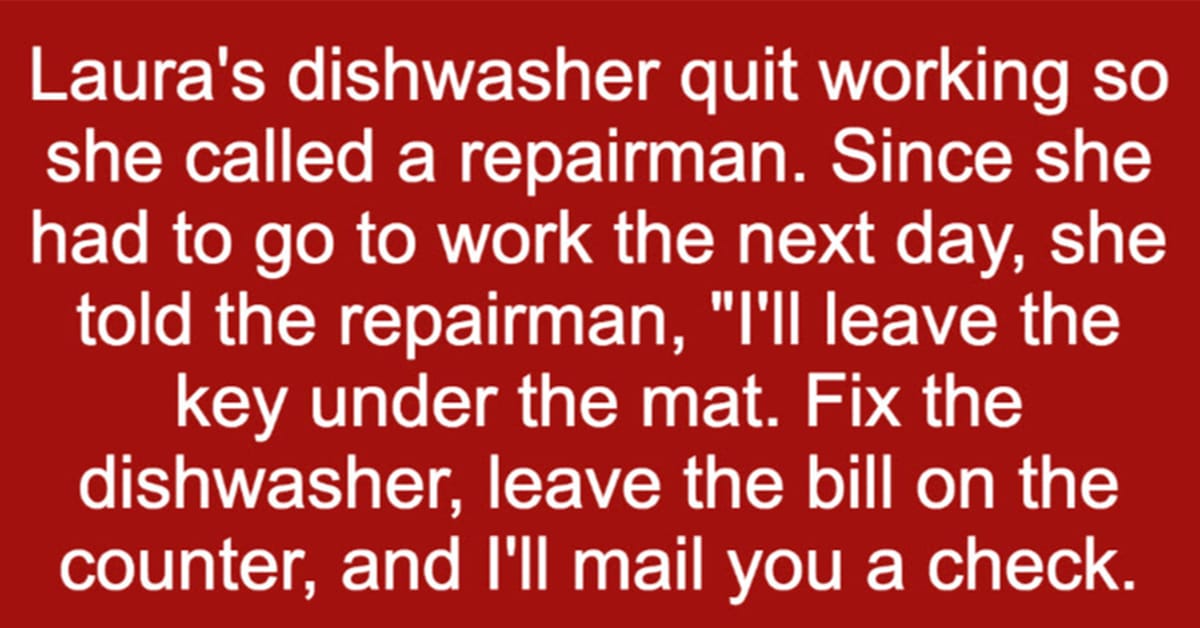 Laura’s dishwasher stopped working, so she called a repairman. Since she had to go to work the next day, she told the repairman, “I’ll leave the key under the mat. Fix the dishwasher, leave the bill on the counter, and I’ll mail you a check.

When the repairman arrived at Laura’s apartment the following day, he discovered the biggest, meanest looking bulldog he has ever seen. But, just as she had said, the dog just lay there on the carpet watching the repairman go about his work.

The parrot, however, drove him crazy all the time with his incessant yelling, cursing, and name-calling. Finally, the repairman couldn’t contain himself any longer and yelled, “Shut up you stupid, ugly bird!”

To which the parrot replied, “Get him, Bob!”

This Kid Wanted A Car

A teenage boy had just passed his driving test and inquired of his father as to when they could discuss his use of the car.

The dad said he’d make a deal with his son:

“You bring your grades up from a C to a B average, study your Bible a little, and get your hair cut. Then we’ll talk about the car.”

The boy thought about that for a moment, decided he’d settle for the offer, and they agreed on it.

After six weeks his father said, “Son, you’ve brought your grades up and I’ve observed that you have been studying your Bible, but I’m disappointed you haven’t had your hair cut.”

To this, his father replied, “Did you also notice that they walked everywhere they went?”

I laughed aloud when I found this story yesterday and it’s not a true story, it’s funny. I just had to share it with you. Shared joy is a double joy!