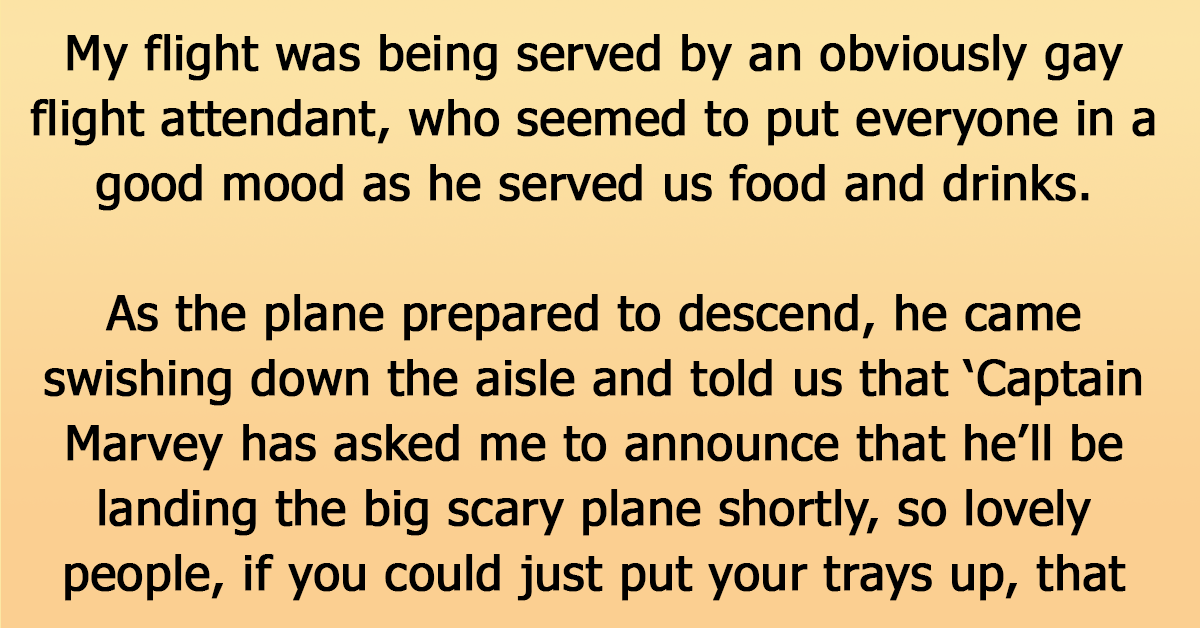 I think all of us have experienced that moment when we walk away from a situation in which somebody got the upper hand and a few minutes or perhaps a few hours later, we think of the ultimate comeback line. We sometimes just say that we aren’t quick enough to think of those things on the fly but every once in a while, we hear about somebody that gets off a true zinger and it happens just at the right time. That is what you are about to see in the story/joke that will leave you laughing.

My flight was being served by an obviously gay flight attendant, who seemed to put everyone in a good mood as he served us food and drinks.

As the plane prepared to descend, he came swishing down the aisle and told us that ‘Captain Marvey has asked me to announce that he’ll be landing the big scary plane shortly, so lovely people, if you could just put your trays up, that would be super.’

On his trip back up the aisle, he noticed this well-dressed woman hadn’t moved a muscle. ‘Perhaps you didn’t hear me over those big brute engines, but I asked you to raise your trazy-poo, so the main man can pitty-pat us on the ground.’

She calmly turned her head and said, ‘In my country, I am called a Princess, and I take orders from no one.’

To which (I swear) the flight attendant replied, without missing a beat, ‘Well, sweet-cheeks, in my country I’m called a Queen, so I outrank you. Tray-up, B****!’