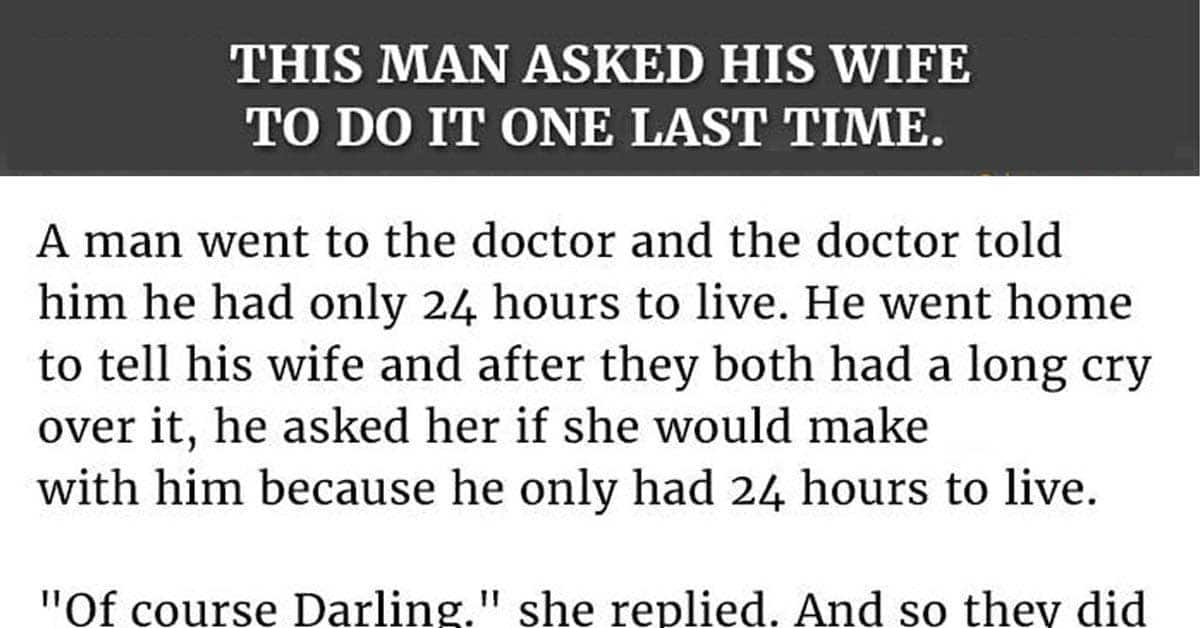 “Of course Darling.” she replied. And so they did it.

Four hours later they were lying in bed and he turned to her again, and asked, “You know I only have 20 hours to live, do you think we could do it again?”

Again she responded very sympathetically and agreed to make love.

Another 8 hours pass, and she had fallen asleep from exhaustion, he tapped her on the shoulder, and asked her again, “You know dear, I only have 12 more hours left, how about we do it again for old times sake?”

By this time she is getting a little annoyed, but reluctantly agrees.

After they finish she went back to sleep and 4 hours later, he tapped her on the shoulder again and asked, “Dear, I hate to keep bothering you but you know I only have 8 hours left before I die, can we do it one more time?”

Well, she turned to him with a grimace on her face and said, “You know, YOU don’t have to get up in the morning, but I do!!!”