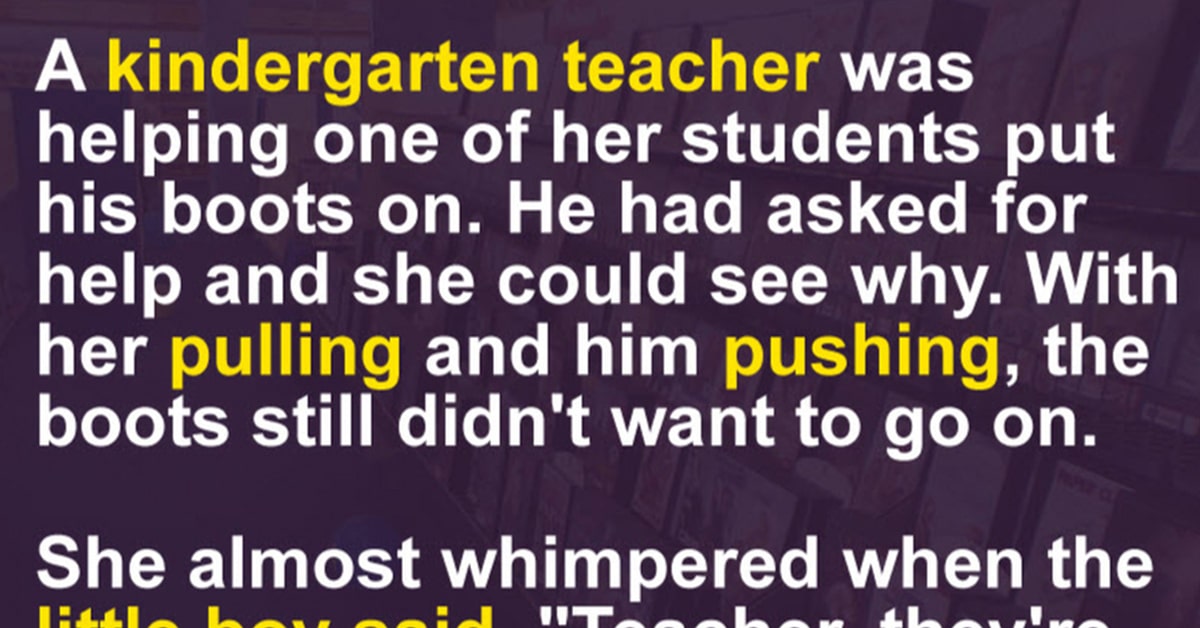 A kindergarten teacher was helping one of her students put on his boots. He had asked for help and she could see why. With her pulling and him pushing, the boots still didn’t want to go on.

When the second boot was on, she was nearly out of breath.

She almost whimpered when the little boy said, “Teacher, they’re on the wrong feet.”

She looked and sure enough, they were. It wasn’t any easier pulling the boots off than it was putting them on. She managed to keep her cool as they worked together to get the boots back on – this time on the right feet.

Then he announced, “These are not my boots.”

She bit her tongue instead of shouting, “Why didn’t you say so earlier?” like she wanted to. Once again she struggled to help him pull the ill-fitting boots off.

Then he said, “These are my brother’s boots. My Mom made me wear them.”

She didn’t know if she should laugh or cry. She mustered up the grace to wrestle the boots on his feet again. She said, “Now, where are your gloves?”

He said, “I stuffed them in the toes of my boots…”

This story proves that there’s nothing quite like childhood innocence. I’m sure many of us can relate.