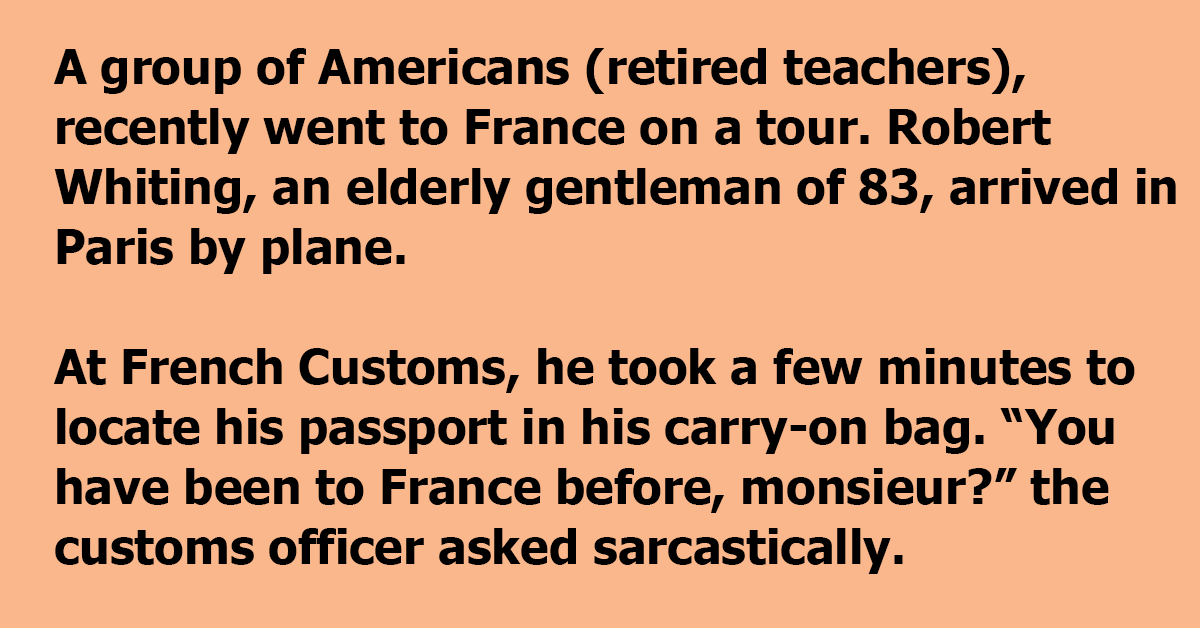 A group of Americans (retired teachers), recently went to France on a tour. Robert Whiting, an elderly gentleman of 83, arrived in Paris by plane.

At French Customs, he took a few minutes to locate his passport in his carry-on bag. “You have been to France before, monsieur?” the customs officer asked sarcastically.

Mr. Whiting admitted that he had been to France previously. “Then you should know enough to have your passport ready.”

Mr. Whiting replied, “The last time I was here, I didn’t have to show my passport.”

“Impossible. Americans always have to show their passports on arrival in France!”

The elderly American gave the French customs officer a long, hard look. Then he quietly explained:

“Well, when I came ashore at Omaha Beach on D-Day in 1944 to help liberate your country, I couldn’t find a single Frenchman to show it to.”