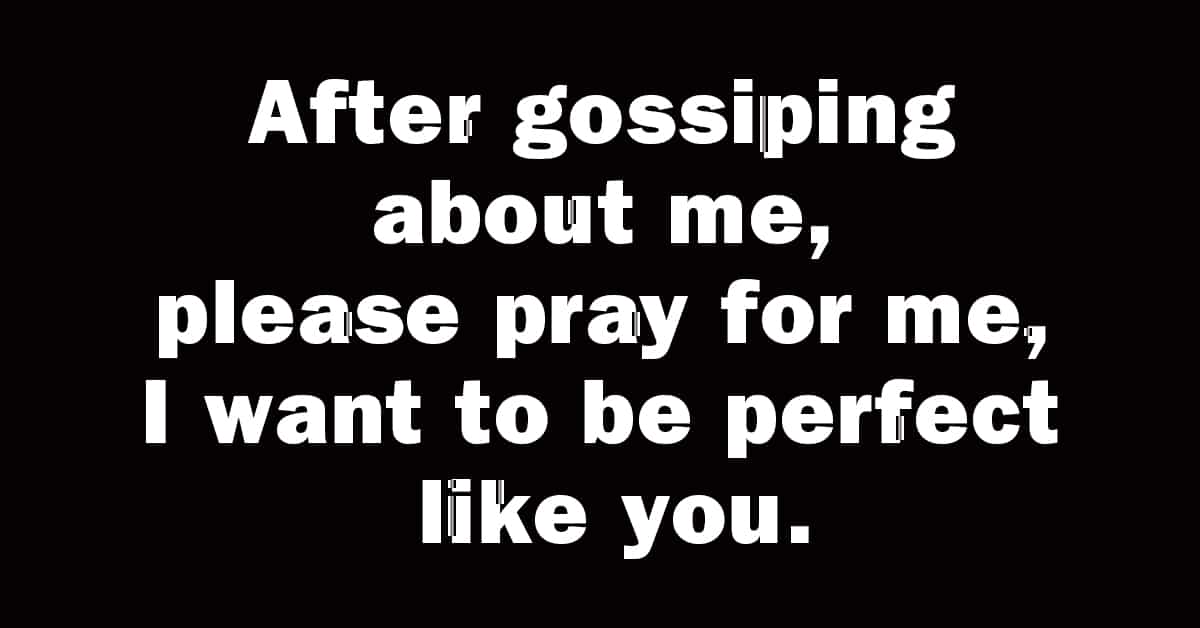 
1. “Gossip is just a tool to distract people who have nothing better to do from feeling jealous of those few of us still remaining with noble hearts.

3. “What you don’t see with your eyes, don’t witness with your mouth.

4. “Gossip is when you hear something you like about someone you don’t.

6. “Not everything you hear is good for talk.

7. “Words have no wings but they can fly a thousand miles.

8. “It is always assumed by the empty-headed, who chatter about themselves for want of something better, that people who do not discuss their affairs openly must have something to hide.

12. “Insecure people only eclipse your sun because they’re jealous of your daylight and tired of their dark, starless nights.

14. “You can’t sew buttons on your neighbor’s mouth.

16. “If you reveal your secrets to the wind, you should not blame the wind for revealing them to the trees.

17. “If it’s very painful for you to criticize your friends, you’re safe in doing it. But if you take the slightest pleasure in it, that’s the time to hold your tongue.

18. “A cruel story runs on wheels, and every hand oils the wheels as they run.

19. “It is just as cowardly to judge an absent person as it is wicked to strike a defenseless one. Only the ignorant and narrow-minded gossip, for they speak of persons instead of things.

20. “Gossip is what no one claims to like, but everybody enjoys.

23. “Often those that criticize others reveal what he himself lacks.

24. “Gossip is sometimes referred to as halitosis of the mind.

25. “He gossips habitually; he lacks the common wisdom to keep still that deadly enemy of man, his own tongue

26. “How much time he gains who does not look to see what his neighbor says or does or thinks, but only at what he does himself, to make it just and holy.

27. “It doesn’t matter what you do, or how you do it, your neighbors are gonna talk about you anyway.