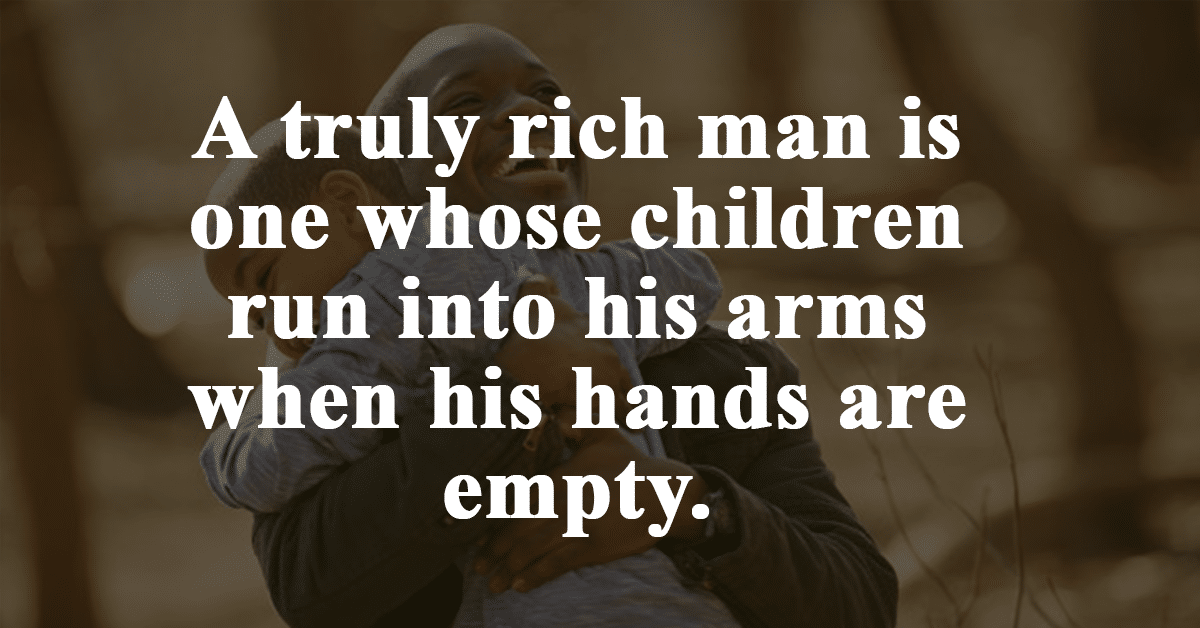 
1. “A rich man is not a man without problems but a man whose faith has conquered the problems even when it’s there.”

2. A rich man and his money are not so easily parted. Me, I have seen a well-known millionaire turn out a tramful of people to seek for a dropped halfpenny.

3. Wealth often takes away chances from men as well as poverty. There is none to tell the rich to go on striving, for a rich man makes the law that hallows and hollows his own life.

5. The greatest astonishment of my life was the discovery that the man who does the work is not the man who gets rich.

6. It tires me to talk to rich men. You expect a man of millions, the head of a great industry, to be a man worth hearing; but as a rule, they don’t know anything outside their own business.

7. Certain rich men, whose lives are evil and corrupt, are the representatives of predatory wealth accumulated by all forms of inequity, from the oppression of wage workers to unfair methods of crushing out the competition.

8. In the world of high finance, the shilling of the idle rich man can buy more than that of the poor, industrious man.

9. The rich man’s dog gets more in the way of vaccination, medicine and medical care than do the workers upon whom the rich man’s wealth is built.

10. Why are you not smarter? It’s only the rich who can’t afford to be smart. They’re compromised. They got locked years ago into privilege. They have to protect their belongings. No one is meaner than the rich. Trust me. But they have to follow the rules of their sh— civilized world.

12. The rich and the poor truly are from different realms: one has adapted to become an expert in material forfeit; the other has forfeited all they are to material and thus is enslaved, by it.

13. If all the rich people in the world divided up their money among themselves there wouldn’t be enough to go around.

14. When the people shall have nothing more to eat, they will eat the rich.