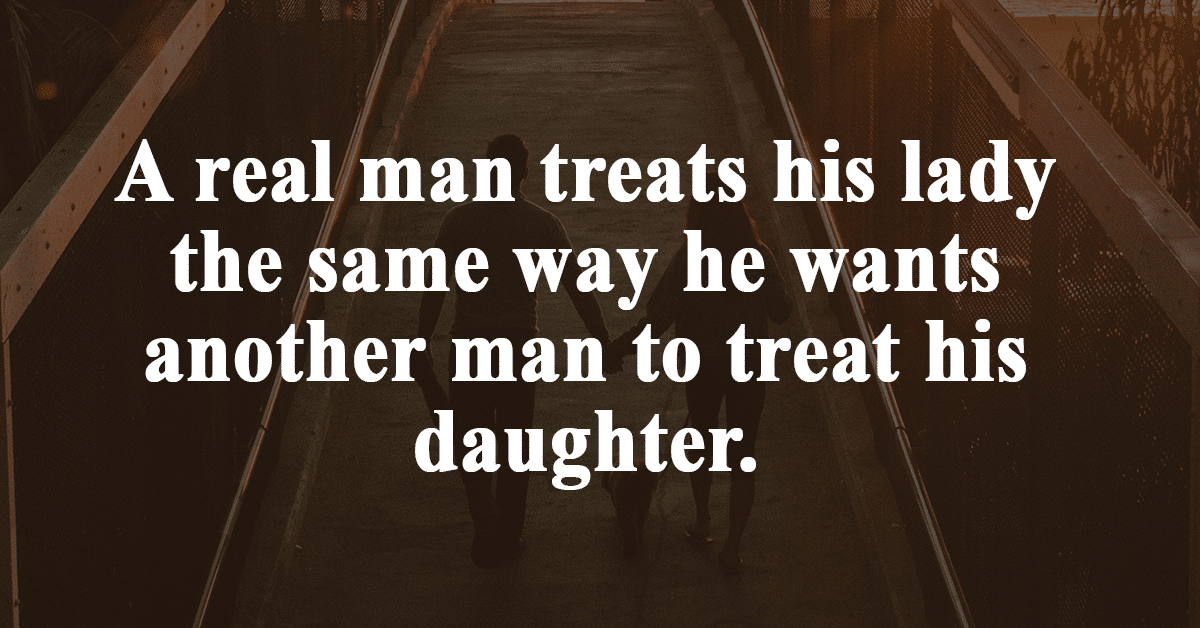 
Being A Man Quotes To Live By

“In every real man, a child is hidden that wants to play.” – Friedrich Nietzsche

“Being a good husband is like being a good stand-up comic: you need ten years before you can even call yourself a beginner.” – Jerry Seinfeld

“A real man loves his wife, and places his family as the most important thing in life. Nothing has brought me more peace and content in life than simply being a good husband and father.” – Frank Abagnale

“If you want to be a real human being – a real woman, a real man – you cannot tolerate things which put you to indignation, to outrage. You must stand up. I always say to people, ‘Look around; look at what makes you unhappy, what makes you furious, and then engage yourself in some action.’” – Stephane Hessel

“A real man won’t date the most beautiful girl in the world – he’ll date the girl that makes his world beautiful.” – Anonymous

“It’s a real man who can go out with a woman who’s taller than he is. That’s an alpha male right there.” – Miranda Hart

“You can’t be a real man if you don’t look out for your kids. They need you.” – Bill O’Reilly

“Let men see, let them know, a real man, who lives as he was meant to live.” – Marcus Aurelius

“The real man is one who always finds excuses for others, but never excuses himself.” – Henry Ward Beecher

“It takes a real man to make a true confession – a Chocolate Soldier will excuse or cloak his sin.” – Charles Studd

“Remember those black-and-white films with Frank Sinatra? Those guys looked like men and they were only 27! Listen to Otis Redding singing ‘Try A Little Tenderness’. That was a man who understood what a man has to know in the world. Show me a real man now! Where are they?” – Chrissie Hynde

“I don’t think a man has to go around shouting and play-acting to prove he is something. And a real man doesn’t go around putting other guys down, trampling their feelings in the dirt, making out they’re nothing.” – Joe Frazier

“Having two daughters changed my perspective on a lot of things, and I definitely have a newfound respect for women. And I think I finally became a good and real man when I had a daughter.” – Mark Wahlberg

“A woman isn’t complete without a man. But where do you find a man – a real man – these days?” – Lauren Bacall