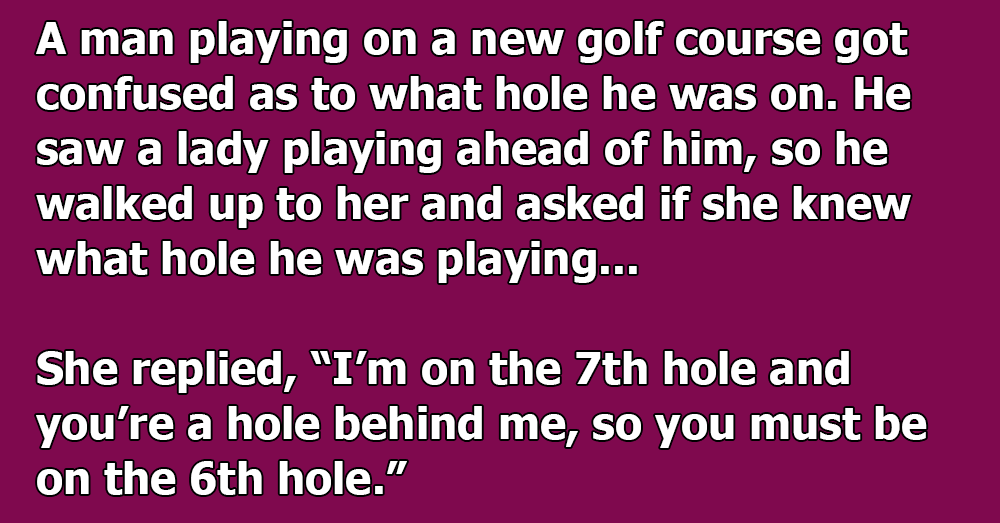 He thanked her and went back to his golf.

On the back nine, the same thing happened and he approached the lady, again with the same request.

Once again, he thanked her.

He finished his round, went into the club house and saw the lady sitting at the end of the bar.

He went up to her and said, “Let me buy you a drink to show my appreciation for your help.”

He started a conversation and asked her what kind of work she did.

He asked what she sold.

She replied, “If I told you, you would only laugh.”

She said, “I sell tampons.”

With that he fell on the floor laughing so hard.

She said, “See, I knew you would laugh.”

“That’s not what I’m laughing at!” he replied. “I’m a toilet paper salesman, so I’m STILL one hole behind you!”