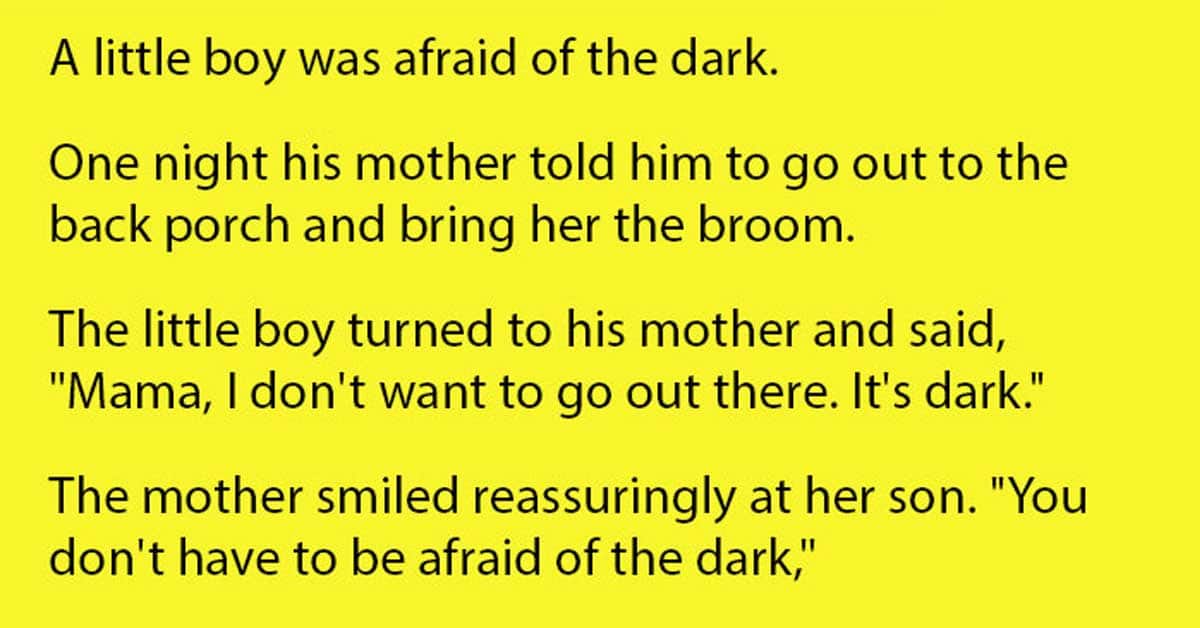 
A little boy was afraid of the dark.

One night his mother told him to go out to the back porch and bring her the broom.

The little boy turned to his mother and said: “Mama, I don’t want to go out there. It’s dark.”

The mother smiled reassuringly at her son. “You don’t have to be afraid of the dark,” she explained. “Jesus is out there. He’ll look after you and protect you.”

The little boy looked at his mother with a confused stare and asked: “Are you sure he’s out there?”

“Yes, I’m sure. He is everywhere, and he is always ready to help you when you need him,” she said.

The little boy thought about that for a minute and then went to the back door and cracked it a little. Peering out into the darkness, he called: “Jesus? If you’re out there, would you please hand me the broom?”

A burglar broke into a house one night.

He shined his flashlight around, looking for valuables when a voice in the dark said, “Jesus is watching you.”

He nearly jumped out of his skin, clicked his flashlight off, and froze.

When he heard nothing more, after a bit, he shook his head and continued.

Just as he pulled the stereo out so he could disconnect the wires, clear as a bell he heard: “Jesus is watching you.”

Freaked out, he shined his light around frantically, looking for the source of the voice.

Finally, in the corner of the room, his flashlight beam came to rest on a parrot. “Did you say that?” he hissed at the parrot.

“Yep,” the parrot confessed, then squawked, “I’m just trying to warn you that he is watching you.”

The burglar relaxed. “Warn me, huh? Who in the world are you?”

“Moses?” the burglar laughed. “What kind of people would name a bird ‘Moses?’”

“The kind of people that would name a Rottweiler ‘Jesus.’