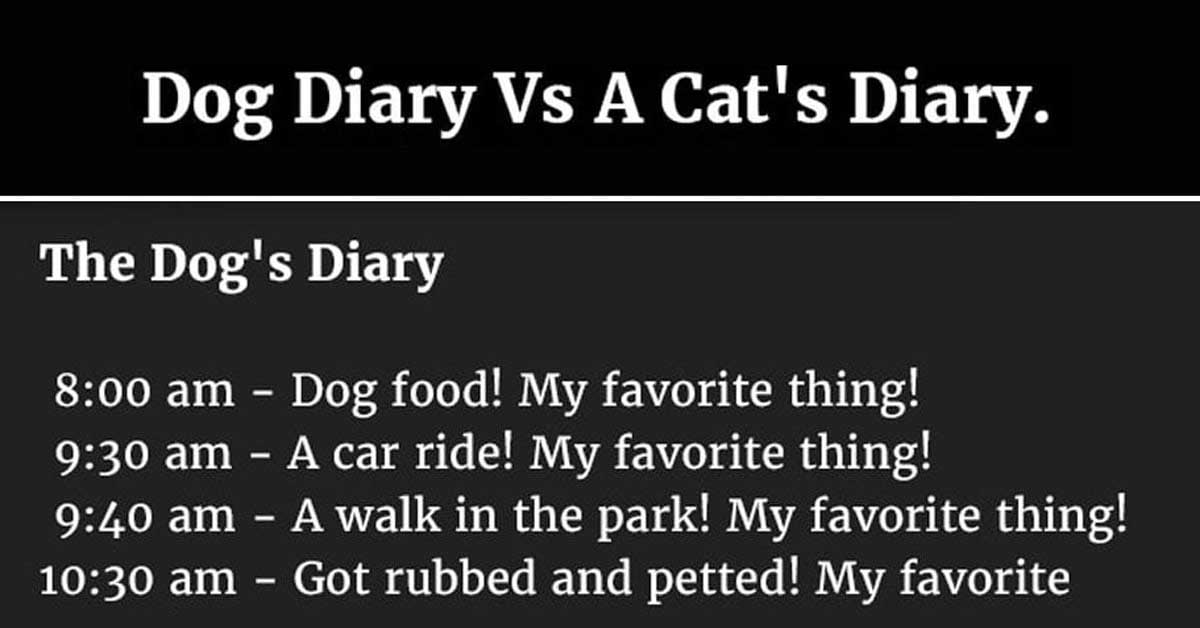 My captors continue to taunt me with bizarre little dangling objects. They dine lavishly on fresh meat, while the other inmates and I are fed hash or some sort of dry nuggets. Although I make my contempt for the rations perfectly clear, I nevertheless must eat something in order to keep up my strength.

The only thing that keeps me going is my dream of escape. In an attempt todisgust them, I once again vomit on the carpet. Today I decapitated a mouse and dropped its headless body at their feet. I had hoped this would strike fear into their hearts, since it clearly demonstrates my capabilities. However, they merely made condescending comments about what a “good little hunter” I am. Bastards!

There was some sort of assembly of their accomplices tonight. I was placed in solitary confinement for the duration of the event. However, I could hear the noises and smell the food. I overheard that my confinement was due to the power of “allergies.” I must learn what this means, and how to use it to my advantage.

Today I was almost successful in an attempt to assassinate one of my tormentors by weaving around his feet as he was walking. I must try this again tomorrow, but at the top of the stairs.

I am convinced that the other prisoners here are flunkies and snitches. The dog receives special privileges. He is regularly released, and seems to be more than willing to return. He is obviously retarded. The bird must be an informant. I observe him communicate with the guards regularly. I am certain that he reports my every move. My captors have arranged protective custody for him in an elevated cell, so he is safe. For now…

This Stranger Takes Off All Her Clothes And Told Him To Do Anything He Wants To. What He Did Next Is Perfect.

Two engineering students were biking across a university campus when one said,

“Where did you get such a great bike?”

The second engineer replied, “Well, I was walking along yesterday, minding my own business, when a beautiful woman rode up on this bike, threw it to the ground, took off all her clothes and said, “Take what you want.”

“Good choice: The clothes probably wouldn’t have fit you anyway.”