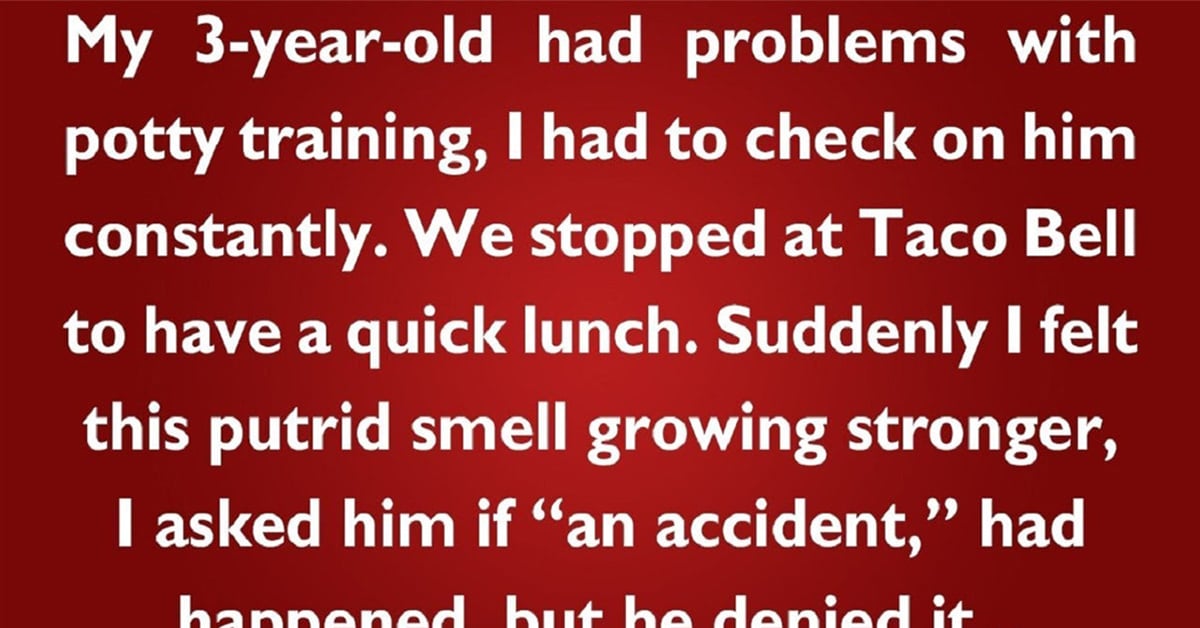 My 3-year-old son had a lot of problems with potty training, and I was on him constantly. One day we stopped at Taco Bell for a quick lunch in between errands. It was very busy, with a full dining room.

While enjoying my taco, I smelled something funny, so of course, I checked my seven-month-old daughter, and she was clean. Then I realized that Matty had not asked to go potty in a while, so I asked him and he said, “No.”

I kept thinking, “Oh Lord, that child has had an accident, and I didn’t have any clothes with me.” Then I said, “Matty, are you sure you did not have an accident?”

I just knew that he must have because the smell was getting worse. Sooooo… I asked one more time:

“Matty, did you have an accident?”

Matt jumped up, yanked down his pants, bent over and spread his cheeks and yelled:

While 100 people nearly choked to death on their tacos, he calmly pulled up his pants and sat down to eat his food as if nothing happened. I was mortified!

Some kind people made me feel a lot better when they came over and thanked me for the best laugh they had ever had!!!

Another old gentleman stopped us in the parking lot as we were leaving, bent over to my son, and said, “Don’t worry son, my wife accuses me of the same thing all the time… I just never had the nerve to make the point like you did.”

All parents know that kid’s innocent explanations often lead to hilarious moments and no one knows what’s coming out of their mouths.